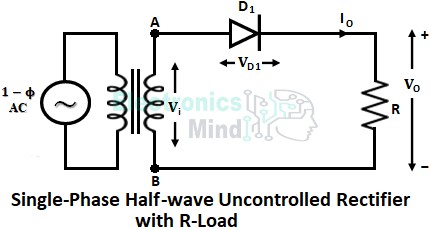 We know that a diode in a forward-biased condition will act as a closed switch i.e., it allows current to flow through it. Thus the resistive load gets connected across the supply and the load current starts flowing in the circuit from point A to B throughout the positive half cycle.

Now when the negative half cycle of ac input starts, point B will become positive with respect to point A. In this condition, the diode D1 will be reverse-biased because the anode terminal of the diode is made negative and the cathode terminal is made positive. When a diode is reverse-biased it acts as an open switch and blocks the flow of current through it.

Therefore, during the negative half cycle of ac input, the load gets disconnected from the supply. Thus no load current flows except a very small leakage current which can be neglected and no voltage is developed across the load until the next positive half cycle. The waveforms for input voltage VI, output voltage Vo, output current Io, and the voltage across the diode VD1 are shown below. 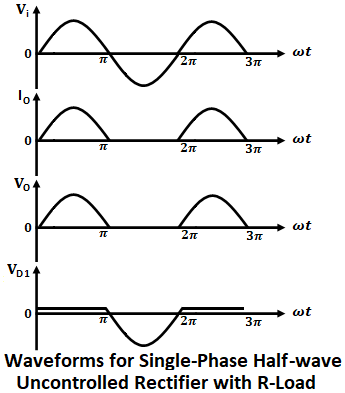 The average value of the output voltage of the rectifier can be calculated as follows, 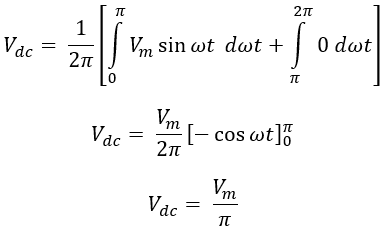 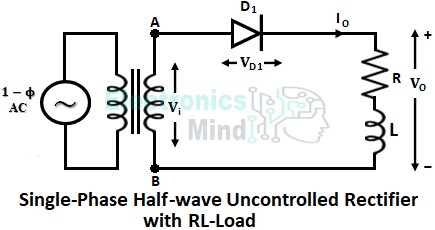 Due to the inductive nature of the load, the load current Io will not be in phase with the voltage Vo rather it lags behind the voltage. The waveforms for load voltage and current with RL-load are shown below. 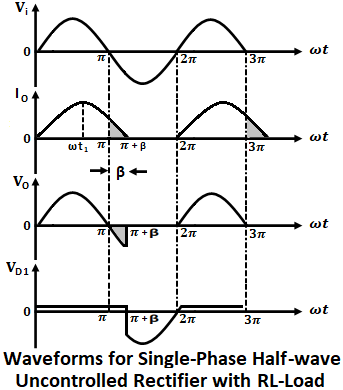 It can be seen that,

The average value of the output voltage and current with RL-load can be calculated as, 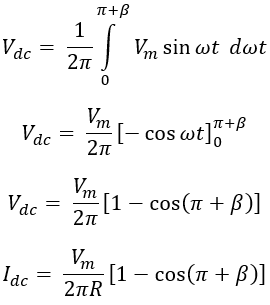 From the above equation, the average output voltage Vdc can be increased by making β = 0. This can be done by connecting another diode across the load called a freewheeling diode Df as shown in the below figure.

The above-modified circuit will transfer current due to inductive load from diode D1 to freewheel diode Df during the period π to (π + β). Due to this a negative voltage doesn’t appear across the load. The value of average output voltage and current with a freewheeling diode is given as, 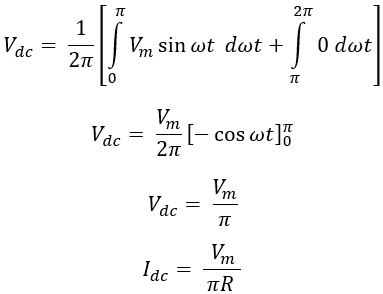