Jones chopper employs class D commutation to turn off the main thyristor. Here, a charged capacitor is switched by the auxiliary thyristor in order to turn off the main thyristor. In Jones’s chopper, the saturable reactor core of Morgan’s chopper is replaced with a tapped autotransformer. The autotransformer ensures reliable commutation and hence eliminates the problem of commutation failure. Let us see the circuit and operation of Jones chopper.

Jones chopper circuit consists of two thyristors T1 and TA in which T1 is the main thyristor and TA is the auxiliary thyristor. The commutation circuit is formed by TA, capacitor C, diode D, and autotransformer L1 and L2. The coils L1 and L2 are tightly coupled, which provides the necessary energy to the capacitor in order to commutate the main thyristor and Df is the freewheeling diode. 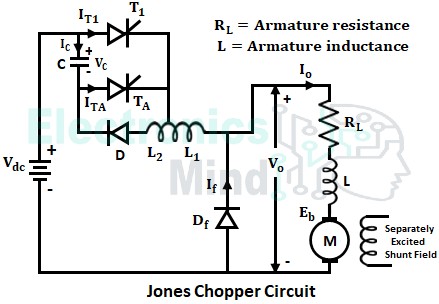 Initially, i.e., at instant t = t0, the capacitor is assumed to be fully charged to the supply voltage with upper plate positive and lower plate negative as seen in the above circuit diagram.

The below shows the waveforms of the Jones chopper and the operation of the circuit can be explained in two modes. 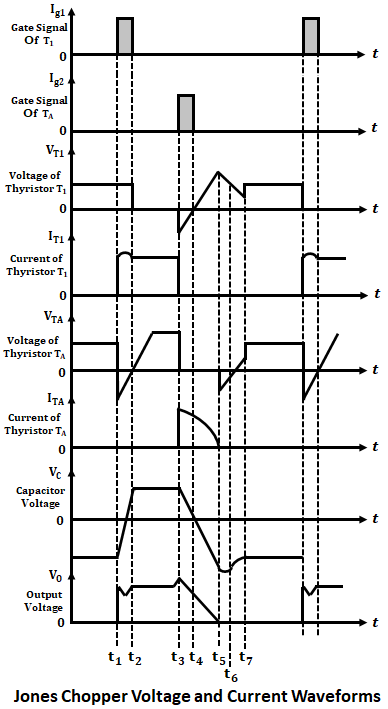 In this mode, the main thyristors T1 is triggered at an instant t1 by providing the gate signal. Once T1 starts conducting, the load current flows through Vdc+ → T1 → L1 → motor → Vdc–, and at the same time charged capacitor discharges current IC through the path C+ → T1 → L2 → D → C– as shown below. 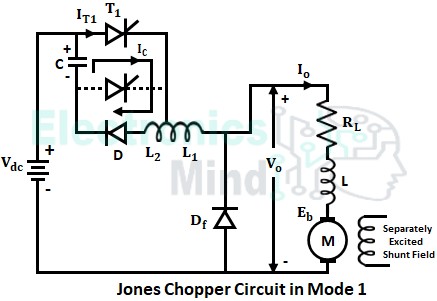 Due to the flow of capacitor current, it starts charging in the reverse direction with lower plate positive and upper plate negative. Due to the presence of a diode D, the capacitor retains the charges till the auxiliary thyristor is triggered.

Hence from instants t2 to t3, the capacitor voltage remains constant as shown in the waveform and the main SCR continues to conduct. This mode ends at t3, and the circuit parameters during this mode are,

This mode starts at instant t3 when the auxiliary thyristor TA is triggered. Now the load current flows through the path Vdc+ → C → TA → L1 → motor → Vdc–, and the capacitor starts discharging the current through the path C → TA → T1 → C as shown below. 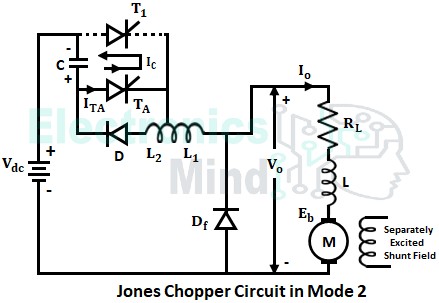 Since the load connected to the circuit is of inductive type, it stores the energy. When both the thyristors are in an OFF state, the inductive load releases its stored energy. To carry this released energy, a freewheeling diode Df is connected across the load. Now the load current flows through the path Motor → Df → Motor. The cycle repeats when the main thyristor T1 is again triggered. The various circuit parameters in this mode are given as,

The selection of capacitor and autotransformer is very important while designing a Jones chopper circuit. During the turn-OFF time of thyristor T1, the energy stored in inductor L1 releases and gets transferred to capacitor C. Thus, 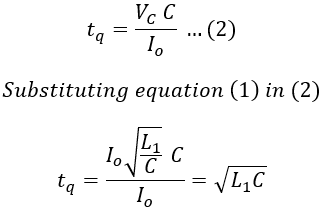 Now dividing equation 1 with Vdc, we get, 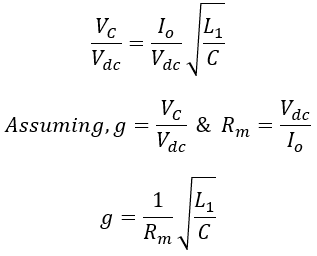 The voltage across the thyristor T1 and T2 is,

Hence, the voltage rating of the thyristor can be increased by increasing the value of ‘g’.