All thyristors will have their own capability and they must be operated in their definite capability limits known as ratings. If a thyristor is operated even for short time above its ratings, it will result in failure or loss of control of the operation. Therefore, for the reliable operation of a thyristor, it should be operated within its specified ratings.

The junction temperature of an SCR is denoted by Tj and is expressed in degrees centigrade (°C). A thyristor can block the forward voltage which is applied between its cathode and anode terminals and can maintain its forward blocking state up to a specified limit of junction temperature.

Hence, when the temperature of the junction increases above this specified limit, the SCR automatically switches from OFF-state to ON-state even without the application of the gate signal. Therefore, the junction temperature is an important parameter, since it decides the maximum current for an SCR that can be controlled and carried over a significant period of time.

The junction temperature has two limits, the lower temperature limit, and the upper operating limit. The lower limit is usually specified so that the thermal stress in the silicon crystal can be limited to a safe value. The thermal stress is due to the variation in the thermal coefficients of expansion of the material that is used in the fabrication of SCR.

The upper limit of operating temperature is specified because of the temperature dependence of the break-over voltage, turn OFF times, and thermal stability. 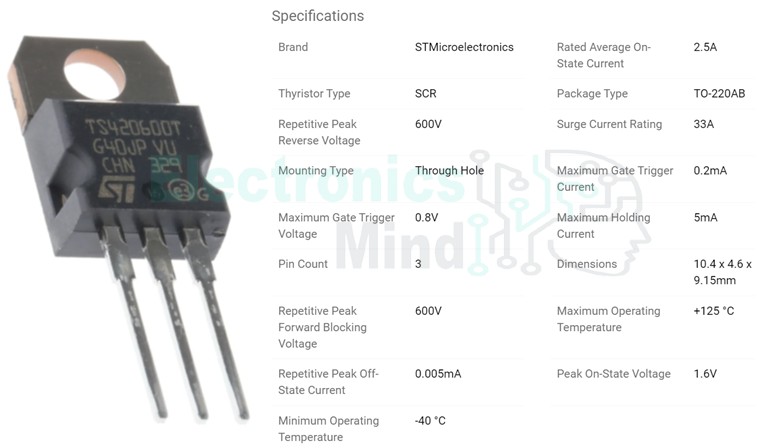 In the above equation, θj-A is the sum of the following thermal resistances,