So that the conducting thyristor gets commutated once the current flowing through it falls below the holding current value. Let us see the circuit diagram, operation, and waveforms of the load commutated chopper.

The circuit diagram of the load commutated chopper is shown below. The circuit consists of four thyristors (T1, T2, T3, and T4) and a commutating capacitor. The four thyristors operate in two pairs, thyristors T1, T2 form one pair, and thyristors T3, T4 form another pair. The two thyristor pairs are triggered alternatively and conduct load current. 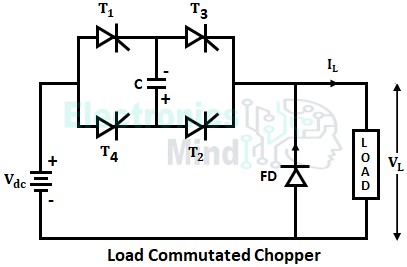 Before starting the circuit, the capacitor C is assumed to be charged to the negative source voltage (-Vdc) with the upper plate as negative, and the lower plate as positive as shown below.

The output voltage again becomes zero and the load current is transferred to the freewheeling diode from the conducting SCR’s T3 and T4. The capacitor voltage VC will be equal to -Vdc.

The thyristor pair T1 and T2 are triggered again and the whole modes of operation will repeat again. The waveforms of load voltage, load current, capacitor voltage, and gate signals of thyristors are shown below. 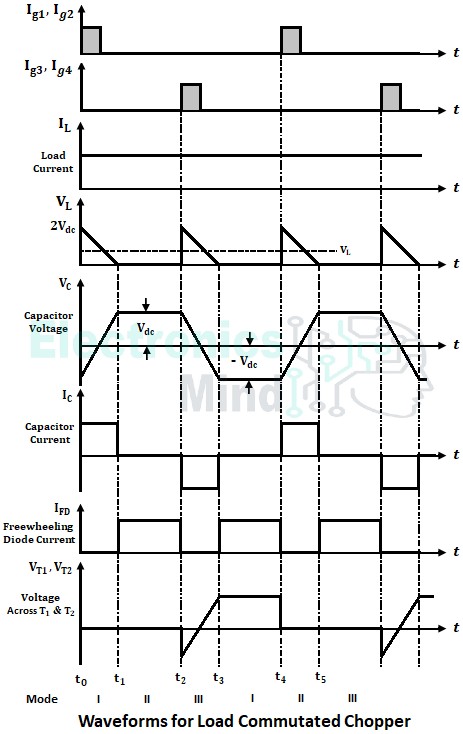