What is Buck-Boost Converter?

The circuit diagram of a typical buck-boost converter is shown in the below figure. The circuit consists of a solid-state device (power MOSFET is used in this converter) connected in series with the supply source similar to a buck converter. 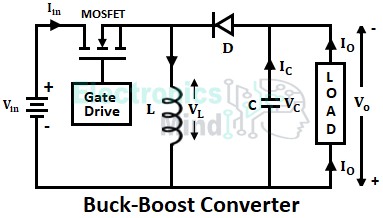 An inductor will be connected in parallel with the output terminals and a diode is connected similarly to that as seen in the boost converter. The solid-state device which is basically a semiconductor device will act as the switching device.

The switching device is turned ON and OFF by controlling the gate terminal using Pulse Width Modulation(PWM). The circuit will operate as the step-down or step-up chopper by controlling the duty cycle thus obtaining an output more or less than the input supply. 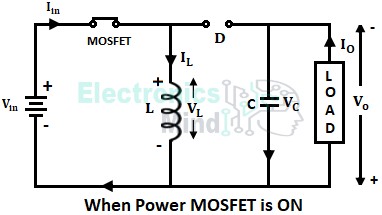 We know that duty cycle D = TON/T since the switch is closed for period TON = DT, we can say that dt = DT. 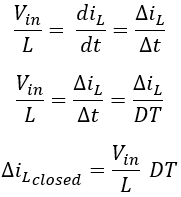 When the switch is turned OFF, the decrease in inductor current generates a negative voltage across the inductor i.e., with reverse polarity. Now the stored energy is large enough to forward bias the diode, and this energy in the inductor will be transferred to the load. 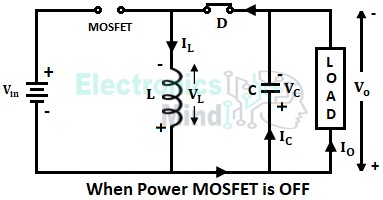 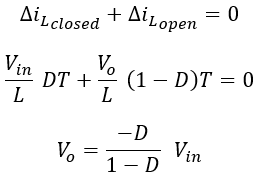 Both input and output current is discontinuous, but inductor current can be continuous or discontinuous and output voltage remains constant due to the large value of the capacitor. The below shows the waveforms for voltage and current of the buck-boost converter. 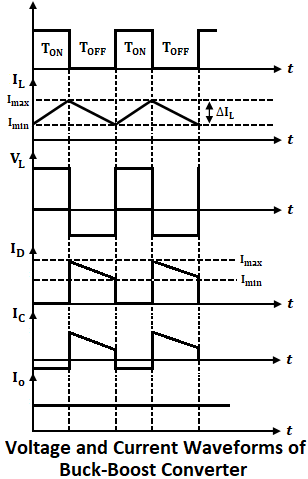